Boats, Dinghies and Kayaks on the Fleet

The Fleet is internationally important for nature conservation. It possesses rare and sensitive populations of marine life and bird species which require spatial and temporal protection against damage and disturbance beyond that which can be given through current legislation specific to public access. Therefore the management of the Fleet waters has to rely on the powers of persuasion to prevent members of the public carrying out inappropriate boating activity. 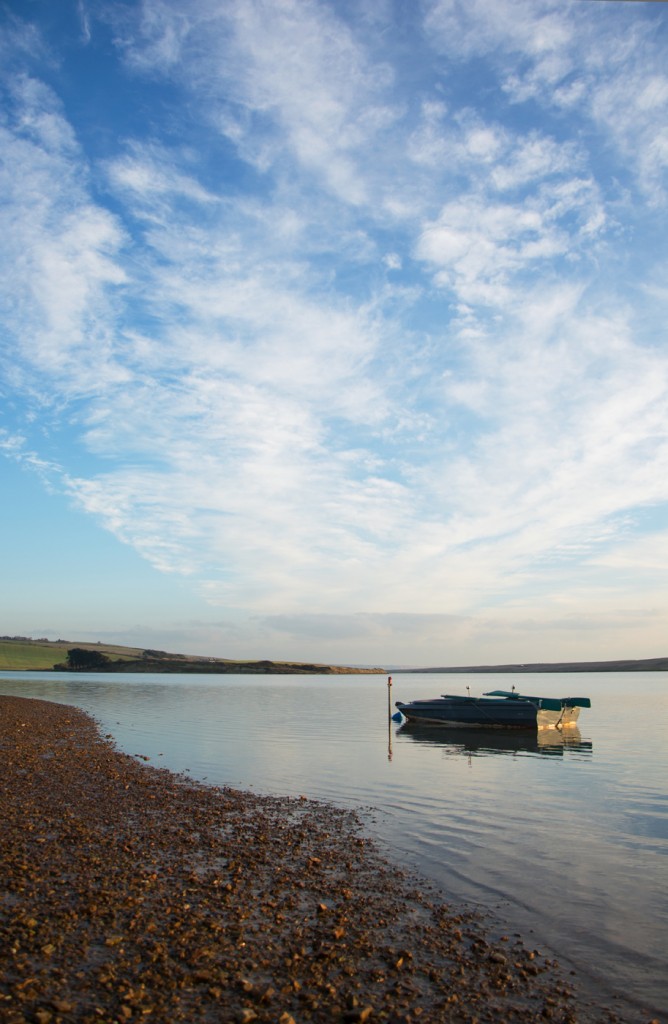 The Fleet seabed up to the mean high water mark is owned by the Ilchester Estates and part of the Reserve. The West Fleet is a closed, non-tidal area of water owned by the Estates and part of the Reserve. There are no boat slips bordering the Fleet that are open to the public. Boating in the mid Fleet is dissuaded as the water is shallow and the seabed comprises of soft, deep mud. There is also a tidal time lag, water levels can be significantly affected by atmospheric pressure and strong winds making the tides difficult to predict. A military firing range is frequently in operation.

Prior to an activity

It is hoped that the information below will reach potential boaters, especially those involved in organised individual/group activities/events, before any journey is undertaken, making them aware of the hazards and sensitivities of the Fleet and hopefully persuading them to reconsider their intentions. However, if an organised trip is desired, boaters are strongly urged to make contact with the Reserve Office at Ferrybridge to: –

Boating Restrictions in the Fleet Lagoon

This area of the Fleet is non-tidal water that is owned by the Ilchester Estates who also own the Fleet sea-bed up to mean high water. Apart from authorised use by the Estates, all craft are prohibited in the West Fleet throughout the year. This policy is critical for wildlife, especially the many thousands of wintering waterfowl that use this unique area.

Langton Herring Parish Boundary to the head of the Narrows-Portland Boundary.

This area is traditionally only used by shallow drafted rowing boats called trows crossing directly from land shores to the beach. This is tidal water however, and as such can be legally accessed via Portland Harbour. The water is generally too shallow for the successful operation of motorised and keeled craft which could easily damage the highly protected sea-grass in this area as well as causing widespread disturbance to birds. It is long been accepted not to operate motor-boats here.

Small-scale use of canoes and kayaks for paddling to the mid Fleet for enjoyment and the experience takes place infrequently and is an activity that is discouraged mainly for wildlife protection and because of the unpredictable tidal flows, water levels and weather conditions. It should only be carried out by competent people with appropriate guidance on nature conservation and safety requirements and with knowledge of the times of operation of the Royal Engineers’ small arms firing range at Chickerell.

In recent years, many enquiries have been received regarding the possibility of canoeing and kayaking in the Fleet on a commercial basis, as a club or group activity, or purely for physical exercise. This has the potential to be particularly disturbing as wildfowl may have to contend with a ‘wall’ of canoeists in an area where normally no craft are encountered. Many important wildfowl species roost and feed here during the winter and several species, including Mute Swans carry out a summer moult during which they are flightless for six weeks and very vulnerable. Also vulnerable in the summer are flightless young of locally breeding Shelduck and several species of Waders.

There are serious safety concerns even for the shallowest drafted craft in the mid Fleet:

East of the Narrows.

The Fleets marine life changes significantly here in the areas known as the Narrows and Ferrybridge. The sea-bed is no longer soft mud but harder material comprising of cobbles, pebbles and sand. The marine life is nevertheless just as rich and rare. Thankfully because the habitat favours plants of short stature and the water is generally deeper, the marine life is less easily damaged by boating activity. Whilst this easterly end of the Fleet may be suitable for small motor boats (advised speed limit of 6 knots) there are however a number of safety issues. There are expanses of intertidal mud-flats, tracts of pebbles which almost surface at low water and in the summer ‘forests’ of Japanese Seaweed are seen, which are highly capable of clogging up a propeller. A further hazard for sailing vessels and larger motor-boats of course is the Ferry Bridge! There are important safety considerations for those in kayaks and canoes too. The water can move very quickly in the Narrows and around the bridge. Little shelter from strong westerlies is afforded in the lee of Chesil and the Ferrybridge area is completely open to blows from the east. 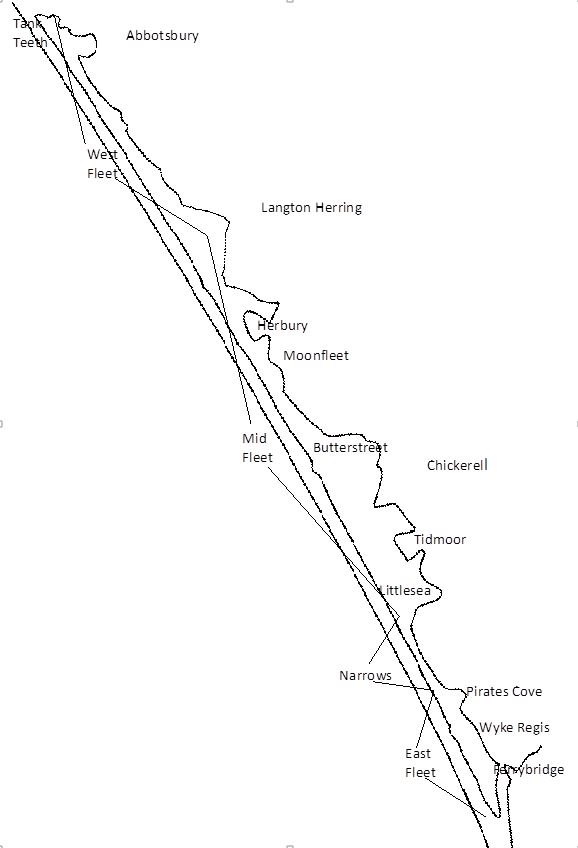 This map shows the break down of the Fleet in three defined areas. Please refer to this to it for certain boating restrictions that are enforced on the Fleet Lagoon.

The water here is non-tidal and therefore, except for authorised craft, this area is prohibited throughout the year. Please see main body of text for full description.

Langton Herring Parish Boundary to the head of the Narrows-Portland Boundary.

Traditionally only used by shallow drafted rowing boats called trows crossing from the landshore to the beach. Please see main body of text for full description.

East of the Narrows.

Whilst this easterly end of the Fleet may be environmentally suitable for small motor boats (advised speed limit of 6 knots) there are however a number of safety issues. Please see main body of text for full description.

Ferrybridge Marine offers a dry boat and trailer storage facility within a secure compound and offer additional services including:

Tenders of up to a maximum of 12 foot can be stored on the revetment and the charge for this is £50 exc. VAT per year.

The swinging moorings within the Fleet are available from the 1st Apr – 30th Sept and the cost is £70 per meter exc VAT per year.