Background
As a result of human disturbance and predators driving down the numbers of both Common and Little Terns nesting on Chesil Bank, it was decided to construct an island within the Swannery embayment to aid in their breeding success. The Tern Island was constructed in 1987/88 to provide a safe nesting site for the Common Terns. During the 34 years of the islands existence, the Common Tern breeding population has been very successful, albeit with some ups and downs. Around 1,500 chicks have successfully fledged over the years, from an average of thirty nesting pairs a year (although on two occasions the island supported around eighty pairs!).

Pre-renovation situation
Due to the island’s exposed location and to the duration of time that it has been there, it has fallen into disrepair and required substantial renovation. Over the years, essential maintenance has been carried out annually just prior to the Tern’s arrival from Africa in April. This maintenance involves blocking holes, filling large crevices in the weakened base, reinforcing the predator fence, etc. Also, in recent years, due to the build-up of guano the island has become highly vegetated, which has encouraged more Black-headed Gulls (BHG) to nest on the island. These are not a problematic species but they do take up valuable space that was used by the Common Terns previously.

The Renovation
Throughout the winter of 2021/22, Swannery and Reserve staff undertook considerable restoration work on the island ready for the new 2022 breeding season. The old shingle was bagged and saved, new cross beams were installed with marine ply on top, both of which overhang the sides and uprights and wire were put around the perimeter as a means of keeping predators off the island. This renovation will hopefully increase the island’s desirability for the Common Terns, so in turn should increase the island’s productivity. The photos below show the work that went into the renovation and it’s final look. The final image is of a flock of Lapwing using the island to roost. 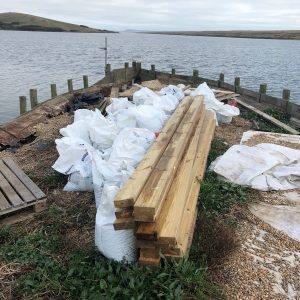 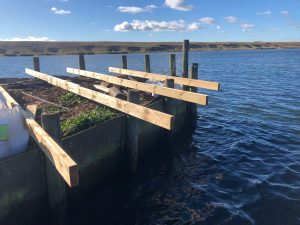 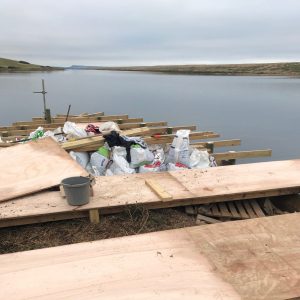 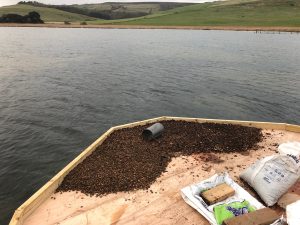 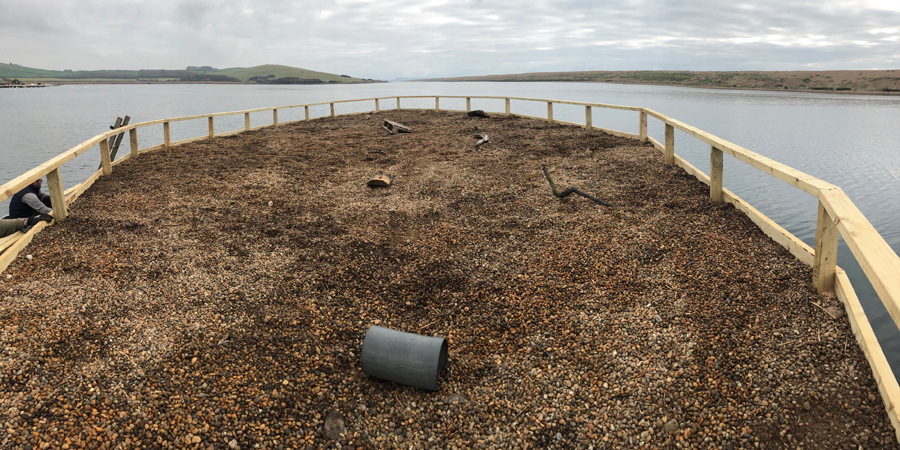 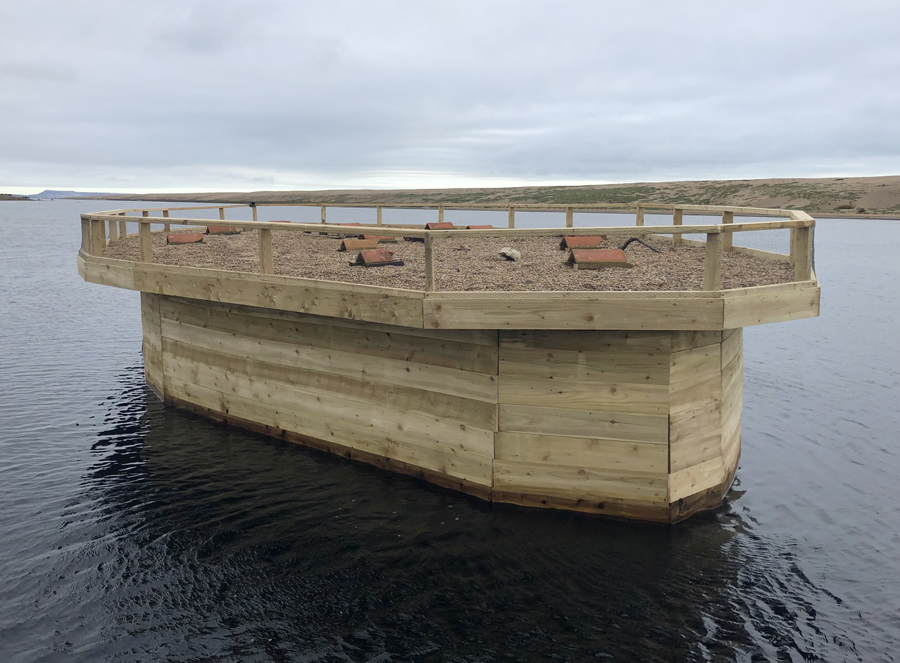 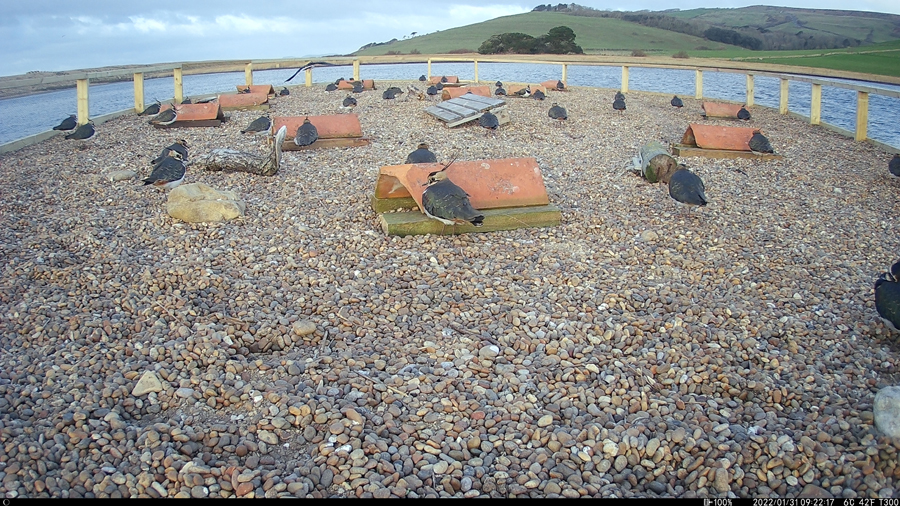