Moth Recording on the Fleet 2020

The recording of moths within the Fleet Nature Reserve continues. Moths are sampled from Ferrybridge to the East and Abbotsbury Swannery and the Sub-tropical Gardens at the far West.

The shingle and mixture of low vegetation and grasses at Ferrybridge hold good numbers during the year of Platytes cerusella, Lobesia littorais, Pedasia contaminella, Phalonidia affinitana , Scrobipalpa suedella and Elachista argentella. Most of these moths can be disturbed whilst walking through the vegetation. Small and fast flying best they are observed by sweeping with a net. The Yellow Belle (Aspitates ochrearia) is more easily seen and identified. 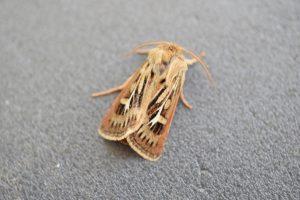 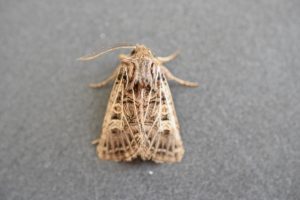 Joe Stockwell has been regular trapping at Abbotsbury Swannery this year and has recently trapped an extremely rare micro moth Tenega nigripunctella. The discovery of this moth led about a small evening expedition led by Dr Phil Sterling to see if further evidence of the moth could be found. Alas it drew no luck but another search is on the cards shortly. Forester (Adscita statices) has been found in the newly created wildflower meadow at the Swannery. The foodplant is Sorrel of which occurs there in plenty. A walk through the meadow on a bright sunny afternoon will reveal many other micromoths which favour sedges and rushes. They are small but beautifully marked. The reed beds at the Swannery hold a good range of Wainscot moths.

Nearby at the Sub-tropical Gardens moth recording also takes place on a regular basis. Despite the gardens holding a lot of ‘alien’ trees and plants there is a large range of moths to be found here. Amongst the aliens there is a good range of native species which are used as foodplants for many of the British moths. Recent colonists include Jersey Mocha (Cyclophora ruficiliaria) and Sombre Brocade (Dryobotodes tenebrosa). The site is also good for migrant moths as it lies so close to the sea. In recent years we have recorded good numbers of Radford’s Flame Shoulder (Ochropleura leucogaster), Cosmopolitan (Leucania loreyi), Gem (Nycerosea obstipata), Vestal (Rhodometra sacraria) and last year a Golden Twin- Spot (Chrysodeixis chalcites) along with Blair’s Mocha (Cyclophora puppillaria). Langmaid’s Yellow Underwing (Noctua janthina) has recently been recorded in the gardens. In recent years Portland Ribbon Wave (Idaea degeneraria) has become more regular as has the delightful micromoth Onocera semirubella. The Highlight this year though has been the Pine-tree Lappet (Dendrolimus pini). A very rare migrant to the UK and this was only the second Dorset record. Unfortunately that morning a lot of wasps were in the trap as well and they killed the moth! A very sad end to such an unusual and rare species. 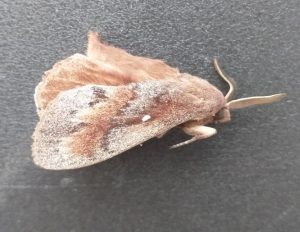 With thanks to Steve Hales for this report and photographs.