Another successful year for Common Terns at Abbotsbury 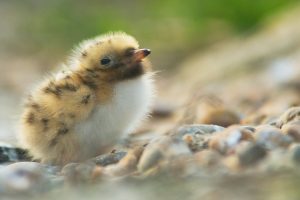 Despite a slightly lower number of nests than the past two years, this year has still been a very productive one for the Common Terns on our island in the Fleet, at Abbotsbury Swannery. 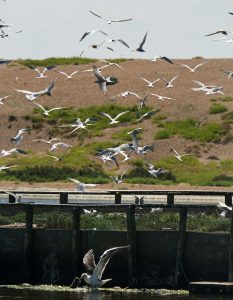 There were 70 pairs of terns nesting on the island, with 140 chicks hatching. Later in the season prior to fledging, local bird ringers were able to catch 95 of the chicks to be ringed. Some predation of chicks was noted, however it is believe that over 95 fledged, which is a great result.

Also nesting on the island in larger numbers this year were Black-headed Gulls. From 15 nests, 30 chicks hatched. The islands popularity with Black-headed Gulls may explain the reduction in numbers of nesting terns this year and this is something we will continue to monitor in the future.

It is hoped this year to carry out some much needed repairs and enhancements to the island and there is the possibility in the future of adding another small pontoon island to cope with the growing colony numbers. 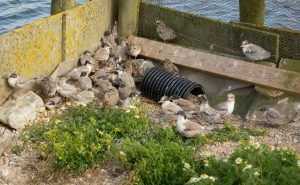 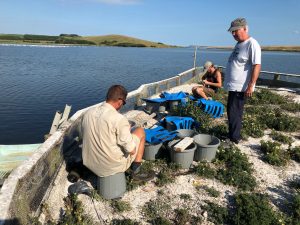