Brent Geese on the Fleet and R4NC back for another year

Dark-bellied Brent Geese Branta bernicla bernicla arrive on the Fleet at the end of October. They spend the summer months on the Arctic coast of Russia, breeding on Arctic tundra. Throughout November their numbers increase with over 2000 flocking at Ferrybridge and more along the Fleet. 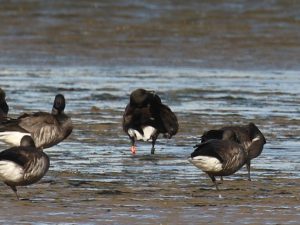 This goose, whose rings read R4NC, was first recorded on the Fleet in October 2014. He has since been a regular visitor to the Reserve and has just been seen by the team amongst the 1000 strong flock at Ferrybridge. 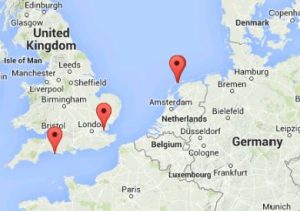 The map shows observations of R4NC since 2014