Litter Survey on Chesil Beach by the Fleet Study Group 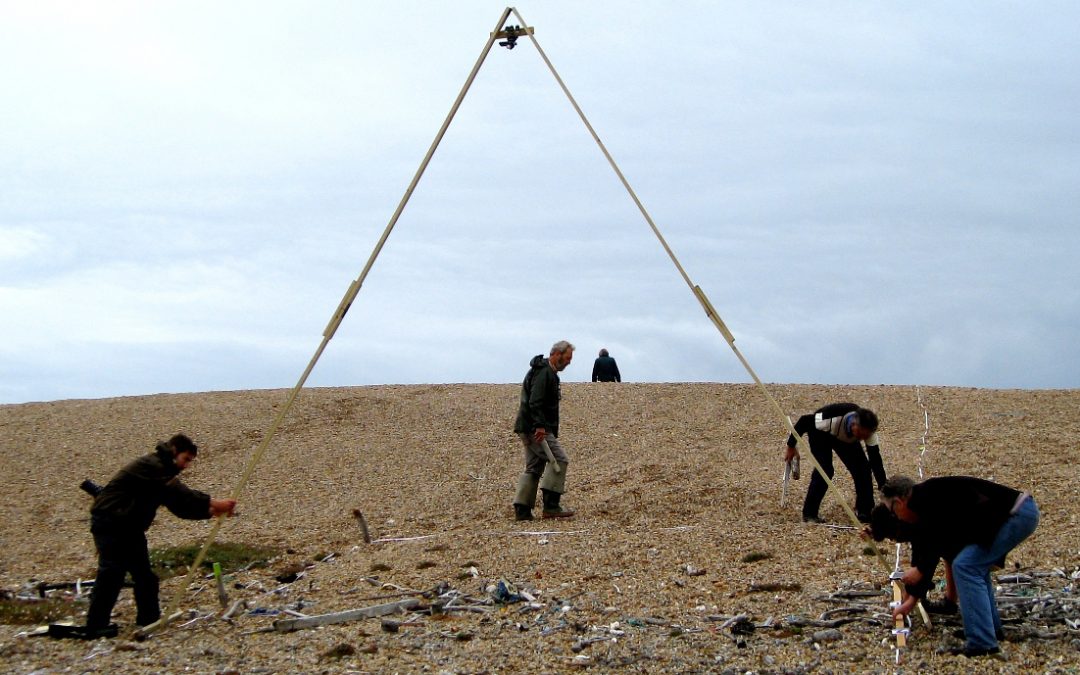 Four FSG members visited Moonfleet to count and remove litter from a 5m wide corridor across the Chesil Bank between the Fleet and the sea.  The precise location chosen is rarely visited and has not been subject to ‘official’ litter removal exercises. FSG volunteers first met to survey this area for litter and the vegetation zones present in 2015. This followed major storms in 2014 which delivered and redistributed large amounts of litter, generated a conspicuous ‘washover’ strandline (Fig 1, 2015) and modified the beach vegetation. Repeating the survey one year (2016) and another two years (2018) later has revealed both large intermittent and smaller background litter arrival events and the relative stability of vegetation zones. A detailed analysis of litter types covering both man-made and natural litter items is underway (Fig 2). Litter counts, images (Fig 3) and vegetation recording will inform assessments of environmental impacts from litter types with very contrasting breakdown rates (months to decades). The simplified table shows litter counts each year by item size (Table 1).  Items of plastic dominated the man-made litter on all occasions.  Over 60 images from 5m above the surveyed corridor have been taken on each visit using a purpose-designed ‘bipod’ constructed by John Dadds (Image 2 shows the ‘bipod’ being put together on the most recent visit).
Participants thank Don Moxom for organising the boat.

Find out more about the Fleet Study Group here: http://www.fleetandchesilreserve.org/the-fleet-study-group/ 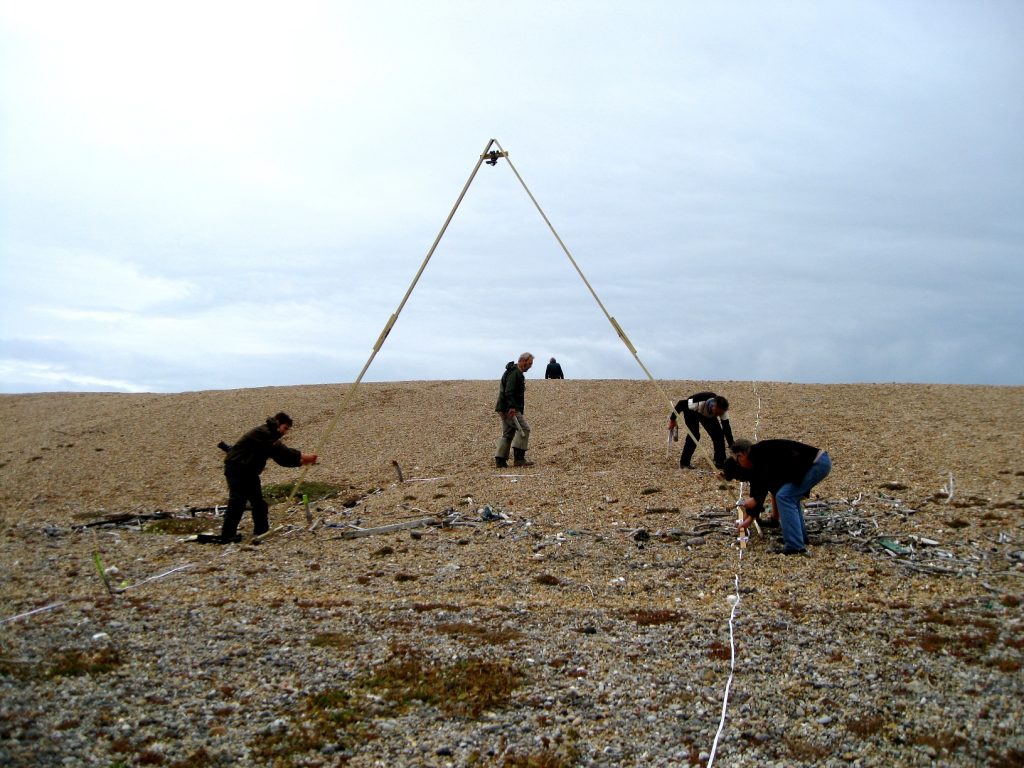 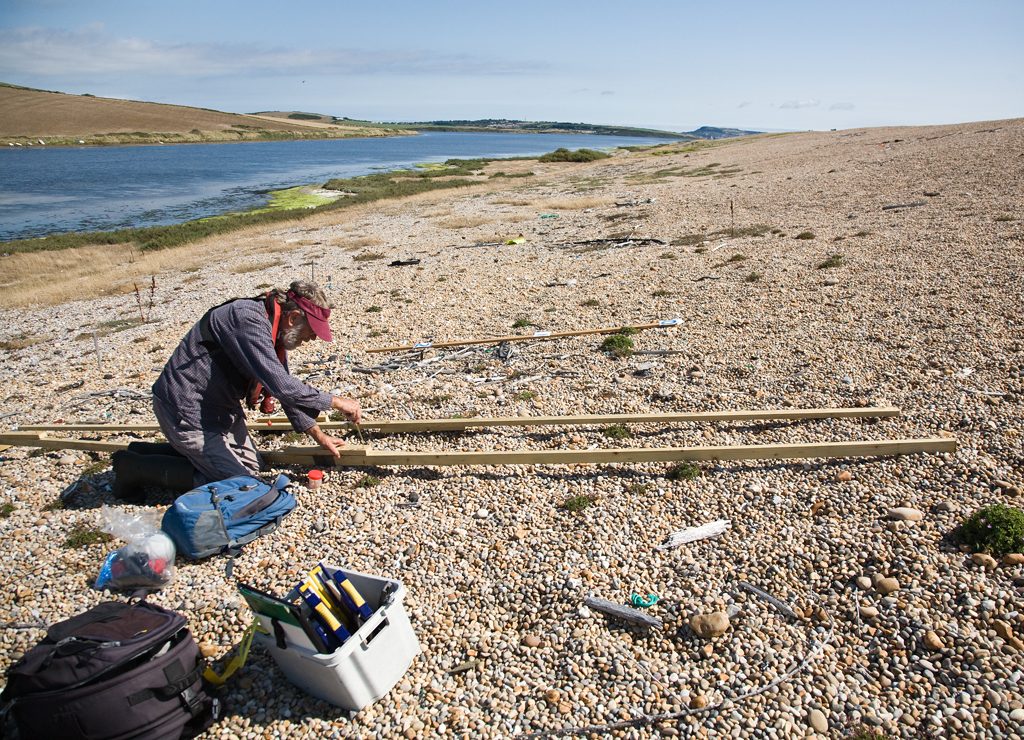 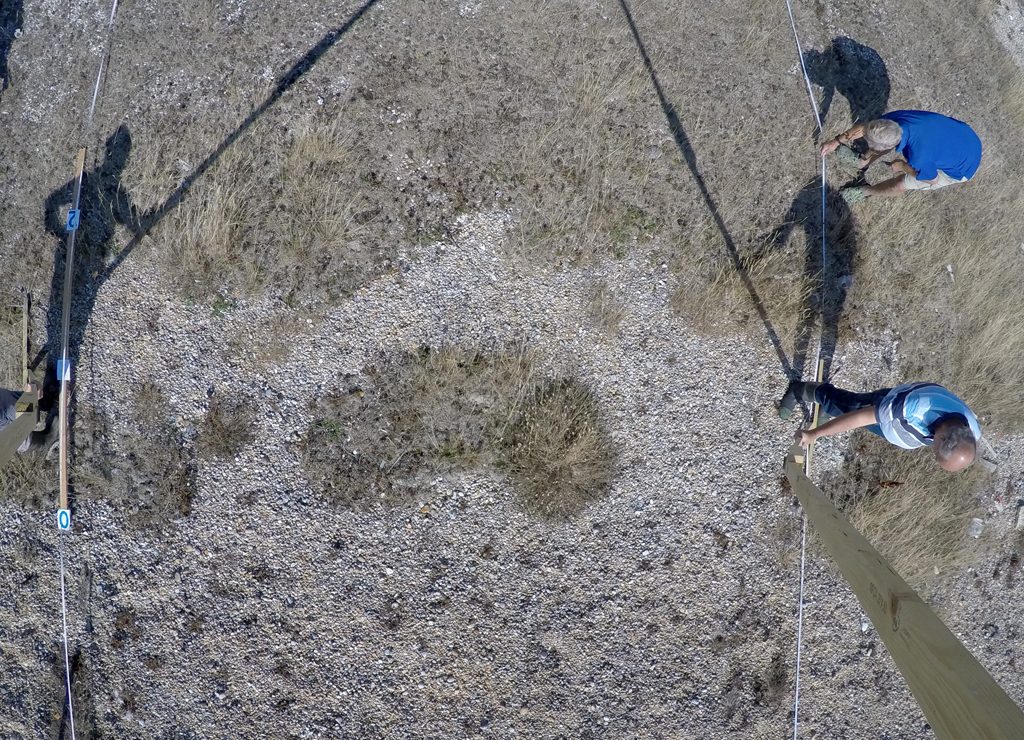