Moth Recording at the West Fleet 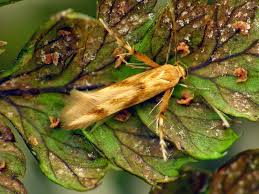 Moth recording continues at two sites at the west end of the Fleet lagoon.  Between them, both sites cover an interesting and diverse range of habitats, and slowly a useful list of species is building up at these locations.

Recording started again in mid-February, after some very cold harsh spells of winter, when the overnight temperatures started to pick up again.  The first session recorded Dotted Chestnut (Conistra rubiginea)- a nationally scarce species which is always a delight to see in the moth trap.  This first session also recorded among many others Oak Beauty (Biston strataria), and Clouded Drab (Orthosia incerta). 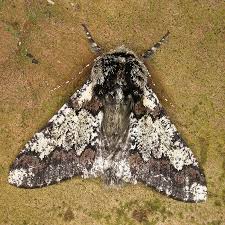 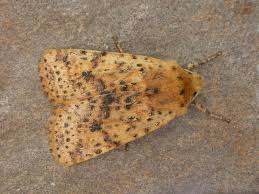 Regular trapping is carried out on a weekly basis and the species list for these two sites is close to 350 since started in Spring 2017.

Other eye-catching species have been recorded, although not rare, are a treat to see in the morning when the moth traps are examined. 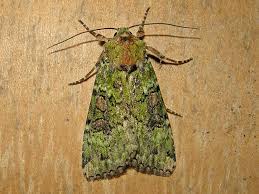 Pachyrhabda steropodes is now a naturalised species and probably arrived from imported ferns. Their presence can be found by looking at the underside of fern fronds. 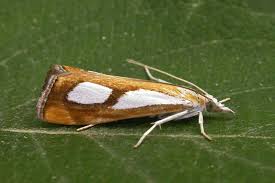 Catoptria pinella, although not rare, is a delight to see.  One of the better marked grass moths.

As summer progresses we hope to put more resident species on the list and with luck perhaps trap some migrant moths if weather conditions are favourable.

With thanks to Steve Hales for this report and photographs.

And on that note: there will be a MOTH EVENT held at the Swannery at Abbotsbury with moth experts Phil Sterling and Steve Hales on Saturday 4th August at 10.30am…more details to follow soon!