Moth trapping was resumed in earnest at the West of the Fleet early in 2017 after a break of 20 years when intensive work was last done in this area. During March and April good numbers of Oak Beauty were trapped. The highlight in mid-March was a Red Sword-grass – a stunning insect. Numbers and species picked up during April when Early Thorn and Pine Beauty were recorded in good numbers. Poplar and Elephant Hawk Moths appeared in May and June. Pine Hawk Moths were in the trap during July. A rare migrant, a Rosy Underwing, was trapped in August. Four-spotted footman was the most common moth encountered during the summer with hundreds recorded at the three mv traps, which were run on each session. As autumn approached the weather became very windy and unpredictable but gaps were found to set the traps. Early October revealed the presence of a good numbers of Mervielle du Jour – a beautiful moth which is always welcomed in a moth trap! Trapping continued into December when a remarkable 8 species on Christmas Eve were recorded. The year total sat just under 300 species. It is intended to continue working along the Fleet during 2018 to reveal more about the moths which occur there.

Thank you to Steve for submitting this report.

All photos courtesy of Steve Hales 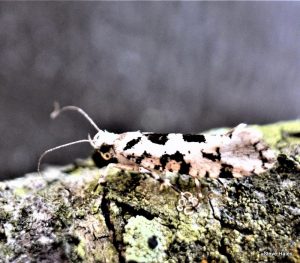 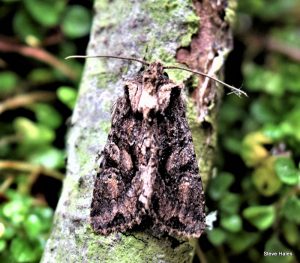 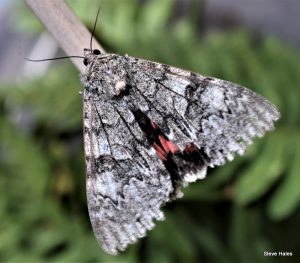 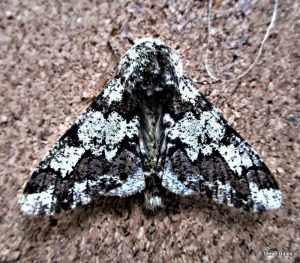 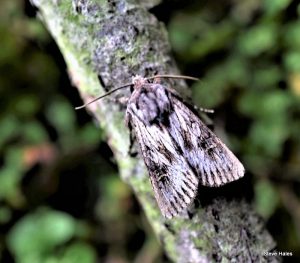