Managing and protecting the shorelines along the Fleet is an imperative part of our work. This intertidal area is one of the most important habitats on the Reserve as it provides shelter and protection for resting/feeding/migrating waders and waterfowl, an abundance of food for those numerous wader species and of course with the rise and fall of the tides, it presents habitat and feeding opportunities for lots of marine life. In addition to these key wildlife features of the intertidal foreshore, many of the banks (and foreshores) along the Fleet are home to numerous geological features of interest as well.

The protection of this vital habitat means there is no right of way along the shorelines of the Fleet (the South West Coast Path runs along the top of the bank edge of the Fleet). If beneficial to the reserve, permission of access can be granted on request. At certain locations on the Reserve, there are sites that have a higher sensitivity as they have several key features confined to one small area.

‘Herbury Island’ – the small, round spit of land located between Moonfleet and Langton Herring is one such location. To encourage members of the public to remain on the designated footpath and refrain from venturing around the ‘island’, where numerous birds tend to roost and feed, interpretation has been installed. The benefit of which can be seen in the large photo below, a large flock of waders, consisting of Dunlin, Ringed Plover and Sanderling, utilising the undisturbed area to feed. Along the Fleet, there are areas that have been subject to continuous human disturbance and have now lost their once abundant range of wildlife. Areas subject to increasing levels of walkers, dog walkers, cyclists, horse-riding and even ATV’s, no longer have the birdlife they once did. Areas such as Herbury are protected as a means of preventing such situations. 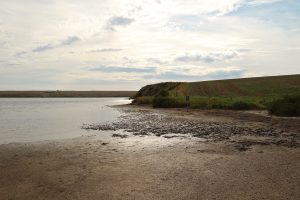 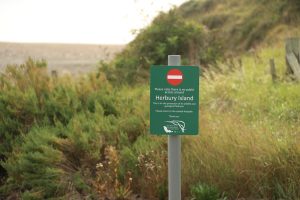 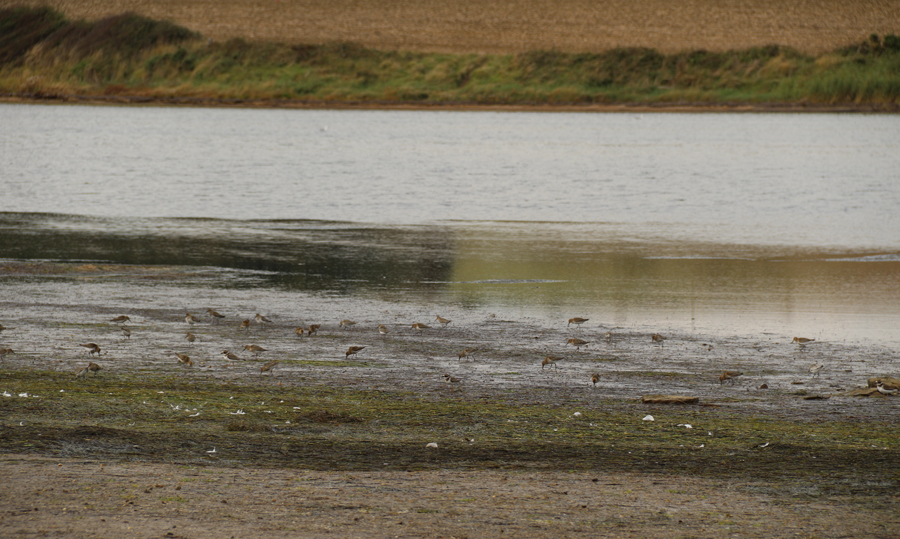 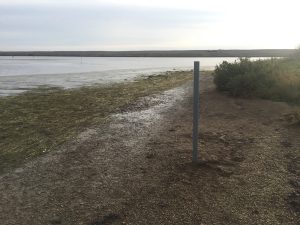 It was disappointing to see that one of the signs installed to protect this area was ripped off and stolen. It has since been replaced.