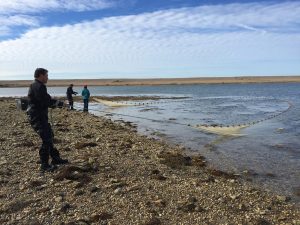 On Monday the 10th October members of the Reserve Team assisted Simon and Patrick from Southern IFCA (Inshore Fisheries and Conservation Authority) to carry out a small fish survey at the eastern end of the reserve, just inside the mouth of the Fleet lagoon. The technique used, as seen in figures 1 and 2, is called seine netting. This involves a weighted net with floats at the top taken out into the body of water, then pulled round in to a horseshoe shape. Both ends are then slowly pulled in and the fish are retrieved for species identification and measuring. Good numbers of Sand Smelt were seen, as well as numerous Sand Goby’s (fig 4). Both species of Wrasse seen in the Fleet, Ballen and Corkwing (fig 4) were in the catch and a handful of Fifteen-spine Stickleback (fig 5) were also caught. This simple study provides a good indication of the variety of species, their general health and quantities present in a specific location. 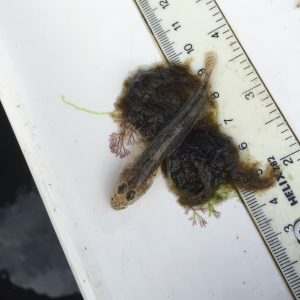 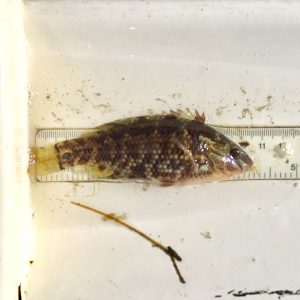 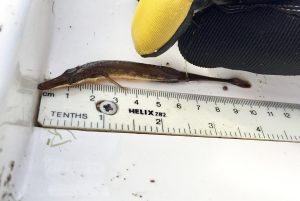