Now is the time to appreciate the wonderful reproductive systems of many species of shingle plants which are no different from other flowering plants in this respect. Every flowering head of Sea Campion for example produces a quantity of black seeds. Sea Kale flowers produce globular pods which hold the seed. Sea Pea produces a long pod typical of the pea family. In bygone days it was thought, at least by some, that the small sea peas (petit pois in size but not in taste!) were derived from ship-wrecked cargos of dried peas which germinated on the beach but couldn’t thrive in the salt air and winds. 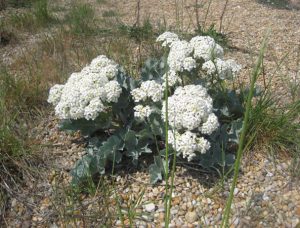 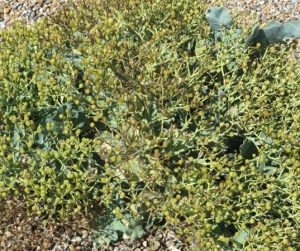 Just how important reproduction by seed in shingle plants is, probably varies from species to species. The spread of Sea Pea on Chesil in recent decades could well be due to seeds being carried along the beach in periodic wave overwashes. Sea Campion, seed-wise, seems to be a bit of plodder but this doesn’t matter. Single plants survive overwash year after year thanks to the anchorage provided by their deep rooting systems which penetrate metres into the shingle.