Can you spot the Ringed Plover chick? 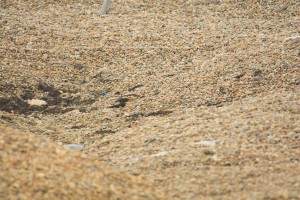 On a recent survey at Ferrybridge, where the Little Tern colony have now fledged most of their young, the team were tasked to identify whether the chicks had made their way down to the shoreline, and to acquire a rough figure of fledged young. After taking pictures of some fledged chicks on the shingle (which will be shown in a new post soon) another tiny chick was spotted in one of the photographs. This series of images shows just how camouflaged these chicks are. Click on the image to enlarge it. Scroll down to see where to find it! 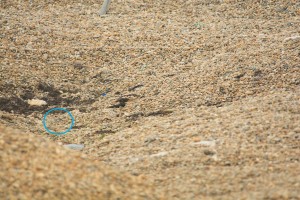 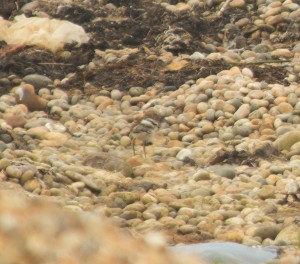